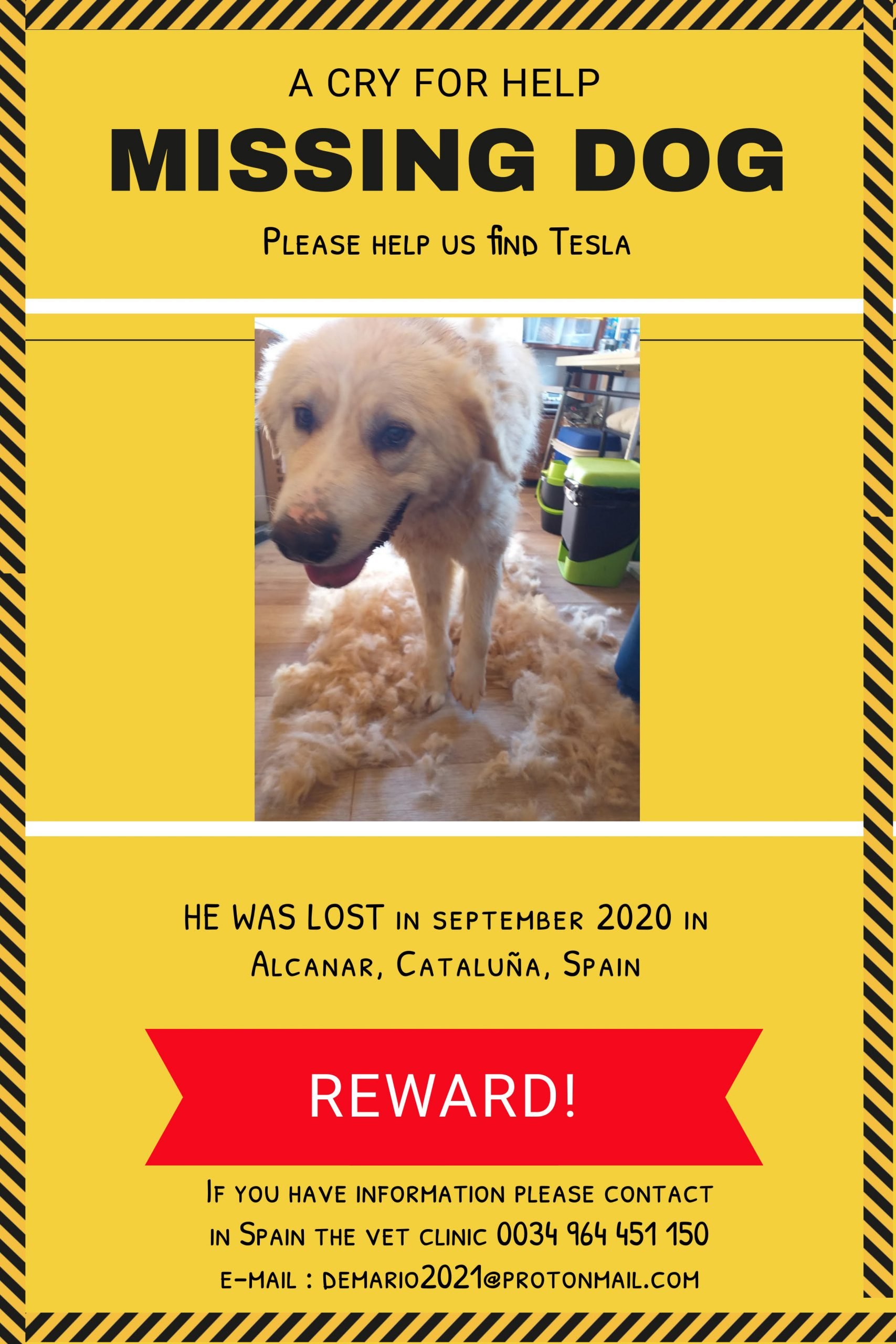 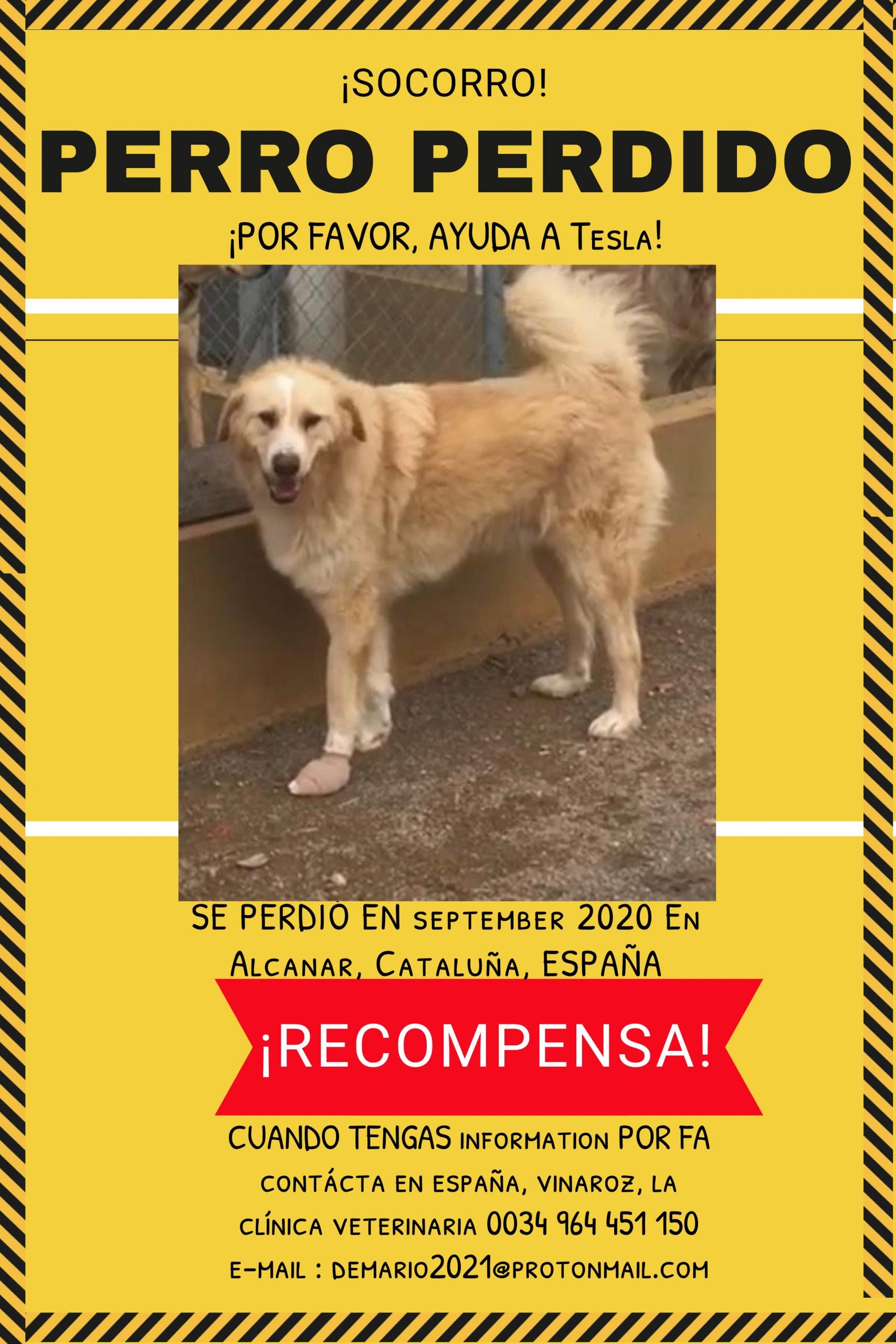 Please help to find the son of Minú, Tesla, who was stolen in September 2020 in Alcanar, Cataluña, Spain!

Minú is such a sweet guy, waiting for his beloved son Tesla, they were every minute together! They have been playing all the time!

Tesla will be so endlessly sad wherever he is!

Wherever you see, find, hear from Tesla, please send an e-mail to demario2021@protonmail.com and to info@veterinariasanfrancisco.com, as well as call the vet clinic San Francisco in Vinaroz, Spain! You get a reward, but the biggest reward is to make Tesla and Minú happy!

And me! As well as all the dogs of the pack, because they do love Tesla so much!

Tesla was the balancing element when his father Minú showed Teddy that he is the king! He is, but Teddy is a Russian Shepherd, an Ovcharca, which is defending in Russia farmers against bears, so he is huge and very strong, and he does not want to subordinate himself to anybody!

Minú held Teddy down by his weight (93 kilograms, about 203 pounds), and Minú would not bite really, but Teddy was not very pleased and Tesla interfered, making peace.

But it is Simba’s last wish that we find Tesla, her best friend! Simba grew up playing with Tesla after Arielle was taken from this earth.

Please find Tesla! I know you found him already, because I believe in the words: “It happens what you think” from the bible. We must be convinced it has already happened – so that Tesla and Minú as well as the pack can be happy again!

Tesla after having cut his hair. Tesla had a deep cut on the sole of his paw, and I had him operated on the sole twice and treated every day for weeks at the clinic.

At the boarding he got hurt more. This is why I had to treat him so excessively. Tesla had had to go to his clinic appointment the next day when he was stolen! He was microchipped, but no vet reported so far they found him!

It can also be that the vets did never check the chip as usual, or that Tesla was never brought to a vet. I do not want to think of anything but getting him back to his family where he belongs to!

On the video you see Tesla playing with his father Minú! They did not even look at the female Winsong next to them because they have only eyes for each other!